South Eastern & Chatham Railway, Wainwright D-class locomotive No.747, complete with a train of new 'Birdcage' coaching stock, leaves Ramsgate Harbour Station in 1911 with the 11:55am Easter holiday departure for London Victoria.
It is about to enter the ¾ mile long harbour tunnel and begin the 1 in 75 climb up to Broadstairs station.
Ramsgate Harbour Station was opened by The Kent Coast Railway in 1863, becoming part of the LCDR 8 years years later.
The station was popular with day trippers and holidaymakers alike, being less than a one minute walk from the beach.
With the reorganisation of railways in Thanet by the Southern Railway in 1926, the station closed in July of that year. 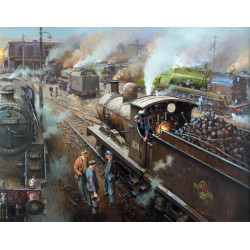 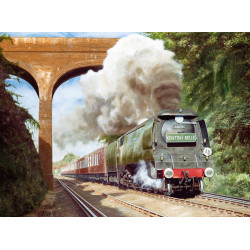 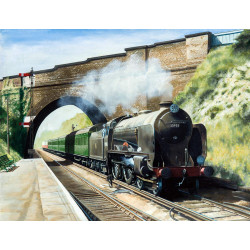 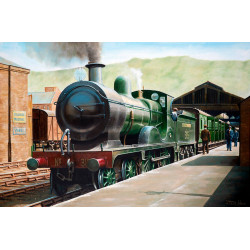 All Change at Dover Priory by Steve Wyse

An ex South Eastern & Chatham Railway (SE&CR) Wainwright E class 4-4-0 is seen at the old Do.. 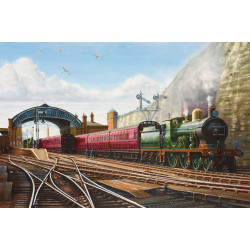