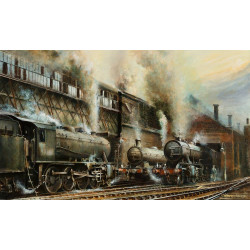 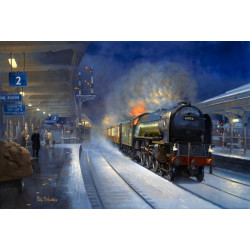 A1 Pacific No.60156 'Great Central' roaring through Retford in charge of the up 'Queen of Scots' Pul.. 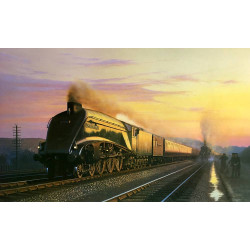 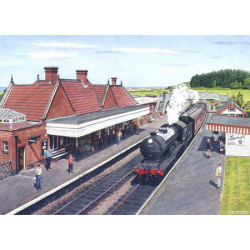 B12 No. 61572 arrives at Weybourne station on the North Norfolk Railway. Signed limited edition (25.. 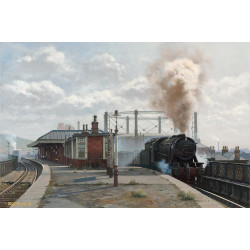 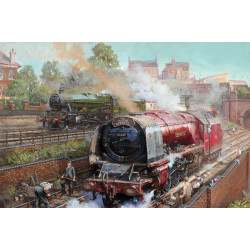 Stanier 4-6-2 'Duchess' class loco 'City of Liverpool' reverses down Camden Bank. It will take the T.. 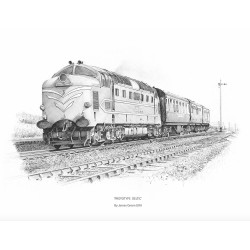 The prototype Deltic Diesel. Limited Edition print of 500 copies, each hand signed and numbered by .. 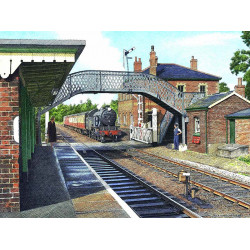 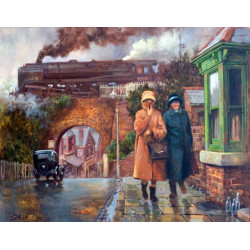 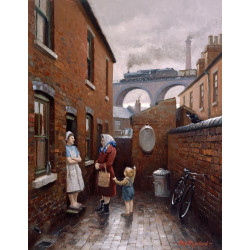 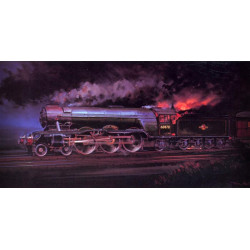 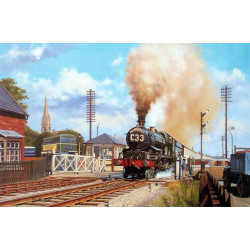 The Cornishman at Gloucester by Eric Bottomley

In 1952 the title The Cornishman was applied by Western Region of British Railways to a train from W.. 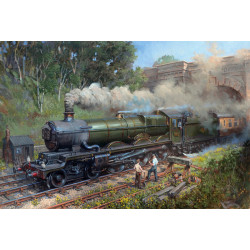 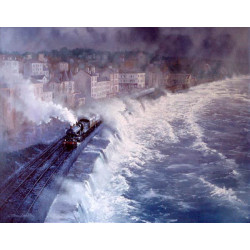 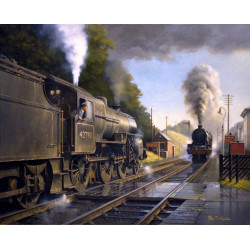 The famous Lickey bank which climbed for two miles from Bromsgrove, Worcestershire to Blackwell at a.. 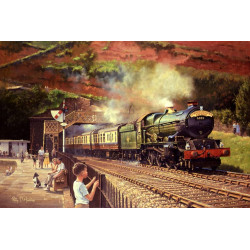 A glorious day by the seaside at Dawlish, Devon during the summer of 1958 is witness to the majestic.. 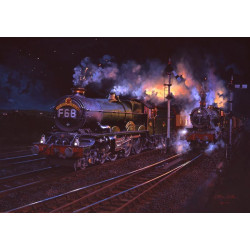 The Red Dragon by John Austin

The Red Dragon - Paddington to Carmarthen express train is seen in the early 1960s headed by a Great.. 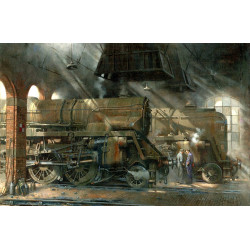 A Tight Fit by David Noble 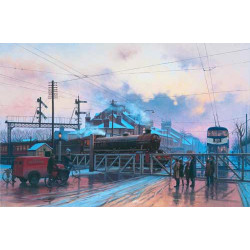 A trolley bus queues up at the Anlaby Road level crossing in Hull as a LNER B1 locomotive passes thr.. 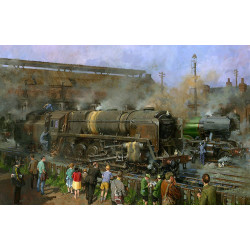 Last of the Giants by David Noble

British Railways standard class 9F 2-10-0 about to begin the days duty at an engine shed in the nort.. 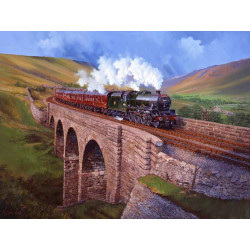 The Waverley At Ais Gill by John Austin

The Waverley is seen near Ais Gill summit on the Settle Carlisle railway in 1963 haul by a Stanier '.. 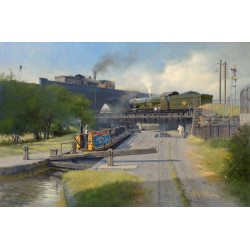 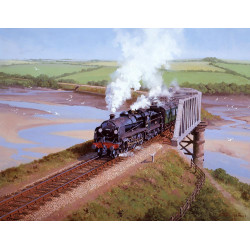 Next Stop Padstow by John Austin

Southern Region 2-6-0 No.31842 heads a local train along the Camel Estuary between Wadebridge &..