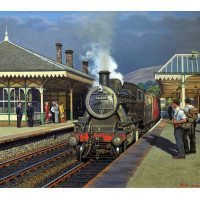 'A fine evening at Keswick station' is an original painting by Malcolm Root FGRA.This 1960 scene on .. 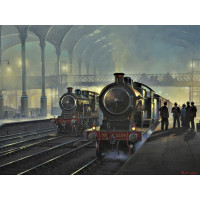 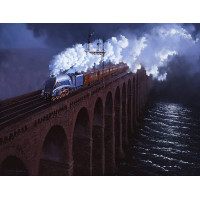 Moonlight Over The Tweed by John Austin FGRA

Gresley A4 Pacific No.4498 'Sir Nigel Gresley' crosses the Royal Border Bridge near Berwick upon Twe.. 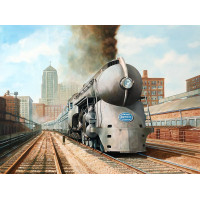 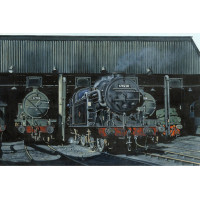 Lurking in the Shadows by Chris Pulham GRA 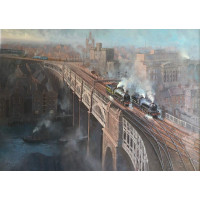 Original painting by John Austin FGRA of the High Level railway bridge in Newcastle circa 1949. An A.. 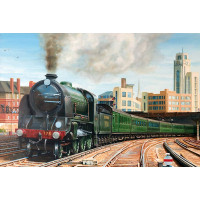 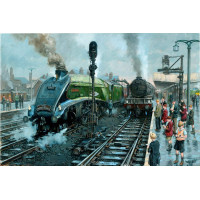 The Norseman at Doncaster - London Kings Cross to Newcastle express (to connect with shipping serv.. 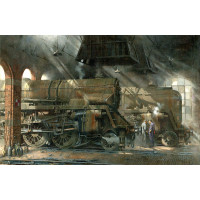 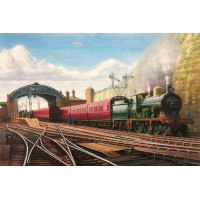 South Eastern & Chatham Railway, Wainwright D-class locomotive No.747, complete with a train of .. 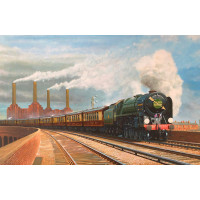 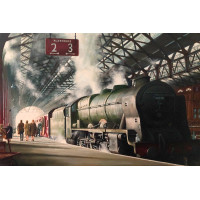 The Guild of Railway Artists are excited to offer original art from recognised railway artists worldwide. If you’re looking to buy affordable art online from inspirational independent artists, we can help you find an artwork you will love at an affordable price.

There’s nothing more exciting than an original art work produced by some of the finest talent. The Guild of Railway Artists online gallery have an electrifying range of railway art works in various mediums, oil and acrylic on canvas, watercolours, sketches and more.